The Cellular Jail, also known as Kala Pani (derived from Sanskrit words ‘Kal’ which means Time or Death and ‘Pani’ which means Water), was a colonial prison in the Andaman and Nicobar Islands, India.

The prison was used by the British especially to exile political prisoners to the remote archipelago. Many notable dissidents such as Batukeshwar Dutt and Veer Savarkar, among others, were imprisoned here during the struggle for India’s independence.
Today, the complex serves as a national memorial monument 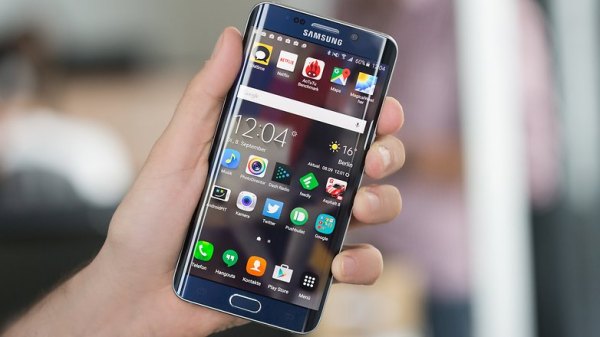 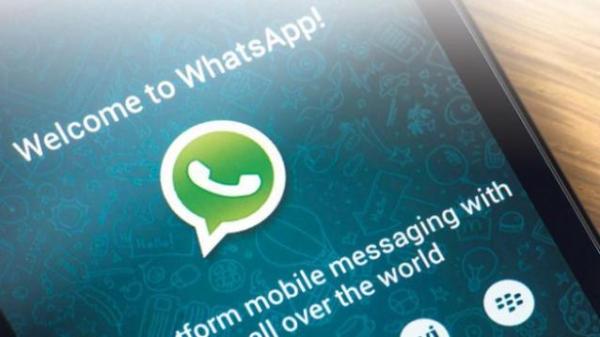 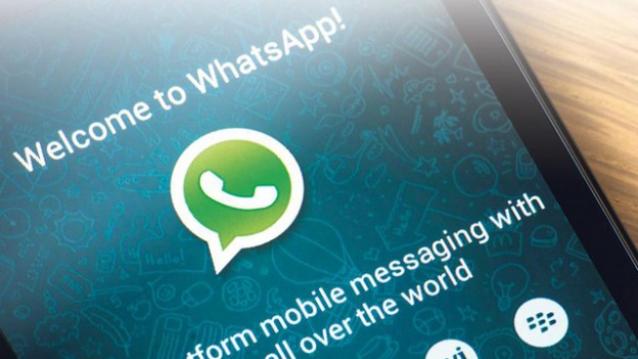 Popular and widely used messaging service WhatsApp is now free. The Facebook-owned company has decided to stop charging people 99 cents annually to use the service. Up until now, WhatsApp has been free for the first year, with the annual fee added for subsequent years of use.

WhatsApp founder Jan Koum made the announcement at the DLD conference in Munich and admitted, “It really doesn’t work that well.” Does this mean we will now see innumerable third party ads? Apparently not. But, the company will instead try to monetise communication in different ways.

WhatsApp said in blogpost, “Starting this year, we will test tools that allow you to use WhatsApp to communicate with businesses and organisations that you want to hear from.” The company explains that this could either mean communicating with a bank about whether a recent transaction was fraudulent, or with an airline about a delayed flight. Mostly, these kind messages (SMS) are passed on using a simple SMS. WhatsApp aims to offer tools in which, conversations can be carried out between businesses and organisations with the common man via its service, sans spam and advertisements.

Communicate with businesses and organisations. This sounds a bit similar to BlackBerry Channels or Line Messenger wherein users could head to a channel of interest and discuss about certain topics or even, contact them. As of now, the company’s approach remains unclear.

Today, WhatsApp is an integral part of our lives for communication. We depend on the service to talk to various service platforms for work. It could either be a grocery store or even an e-commerce store. If given the option, it would be far more convenient to order a smartphone via WhatsApp rather than going through the trouble of ordering it online. This process would be the simplest, instead of the other two – order online or via retail.

But then again, the only question which arises is security. If the service wishes to offer a platform where companies and consumers can make transactions, it needs to tighten up its security. It is a known fact that even the Pentagon trusts BlackBerry for their internal communication, but not WhatsApp. So would businesses blindly trust the service for intense transactions?

On the contrary, it can. WhatsApp’s parent company is Facebook, one of the biggest and strongest platform today has the man power and technical expertise to take it forward. Even revolutionise the entire structure as we know it. A report by Wired points out the deal with Facebook allowed WhatsApp to concentrate on growth without worrying too much about revenue.

Koum points out, WhatsApp has a greater global reach than nearly any other app. This gives Koum and company additional leverage. “A lot of companies are global,” he says, such as airlines and banks and car rental outfits. And these companies may be willing to embrace this kind of messaging because WhatsApp gives them more efficient access to more people than any other medium.

If this plan goes forward, there wouldn’t be much difference between WhatsApp and Facebook Messenger, a platform which also allows users to communicate with companies. For example, Facebook has struck a deal with Uber, to allow users to hail a taxi directly from the app. However, Facebook made a good decision by not meddling into WhatsApp and making various changes and added a line of new features. Though, the company kept improvising Messenger and today, it can be touted as a rich-in-media app. Another good decision is not combining them into a single app. Keeping two separate messaging apps makes a lot more sense as Messenger is popular in the US, but WhatsApp has a stronger hold in countries such as India, Brazil, Africa and others.

In conversation with Re/Code, Koum has stated that businesses are already finding ways to use WhatsApp to reach customers. The new plan, could make the flow of communication a lot easier. He said that the company wants to experiment with different approaches but added, “We haven’t written a single line of code yet.”

Possibly, WhatsApp could also look at a business-to-consumer (B2C) integration. This leaves WhatsApp as a product, and not a service. It isn’t necessary that a business perspective put in to place for WhatsApp could be a welcome change. Even without having ads, companies could send various messages, in the form of advertisements, which might irk the 900 million users and counting, it has today. That’s a huge number!

The main essence of the $19 billion acquisition in 2014 for Facebook, has remained untouched, up until now. Here’s hoping that Facebook can in fact, monetise the service, at the business’ expense and not the user!

The Sony Xperia Z5 was released not long ago, and the phone has been doing quite well in the market. Though Sony phones are hardly reaping any profits to the company, Xperia smartphones still stand out in the crowd for their unique design and features. This is why it wasn’t a surprised when we started hearing rumors and speculations about the Sony Xperia Z6.

There is currently very less information about the Xperia Z6 in the online community. But nevertheless, Xperia fans are eagerly waiting for every bit of news that they can get to know about the next Sony flagship. So let’s see what we know till date about the Sony Xperia Z6 series.

We haven’t received any leak regarding the design or appearance of the Xperia Z6. However, we are very much sure that Sony will not leave the signature metal-and-glass body which gives exclusivity to the Xperia lineup. The body will most probably remain waterproof, and some thinness in the body might be achieved by Xperia engineers. We would be surprised if we saw the Xperia Z6 that does not seem to belong to the Xperia lineup by looks.

Rumors say that the Sony Xperia Z6 will get around 5 different variants, all carrying displays of sizes between 4” to 6.4”. This will also mean that most of the variants will be carrying different hardware specs under the hood. The Xperia Z6 will be announced after quite some months, and we are sure that it will be powered by Qualcomm’s latest Snapdragon 820 chipset. There will be at least 4GB of RAM in the high-end variants, while the smaller variants might get 3GB of RAM. Internal storage should range from 32GB of 64GB to 128GB, and a microSD slot will be a bonus.

The Sony Xperia Z6 was earlier rumoured to be announced at the CES 2016. The event has already ended, but we haven’t heard about the Z6 yet. Of course, the Z5 is still not old enough, and Sony will not want to affect the sales of the Z5 flagship. So we think the Xperia Z6 will be launching after mid-2016. As for the pricing, no details have leaked out yet, but we can guess it to be around $700. 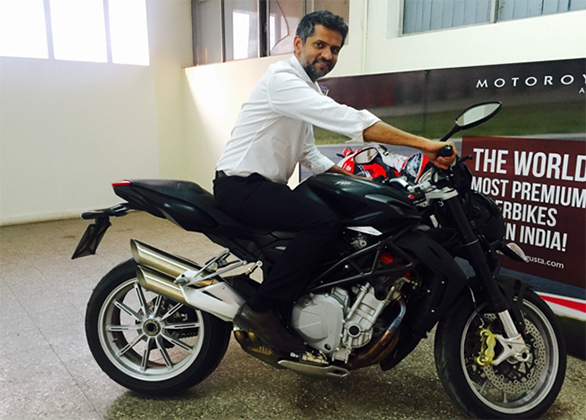 Mv Agusta India has launched the Brutale 1090 in India at Rs 19.3 lakh (ex-Pune). Customers can book the bike on http://www.motoroyale.in (an iniatiatve by the Kinetic group) and the company promises delivery in the next 20 days if you are amongst the first ten customers to book the Brutale 1090.

The MV Agusta Brutale 1090 has a 1078cc, liquid cooled, inline-four, 16-valve engine that develops 144PS and 112Nm of torque. The claimed top speed is 265kmph. The motorcycle weighs 183kgs and has a fuel tank capacity of 23 litres. MV Agusta has loaded the Brutale 1090 with a host of electronics such as an eight level traction control system and a two step ABS.

Speaking at the launch, Ajinkya Firodia, managing director, MV Agusta India, said “We have been overwhelmed with the response to the MVAgusta Product line ever since we made our announcement a couple of months ago. We have about six showrooms opening up in major cities in the north, south and west of India. But since we launched our Facebook page (MVAgusta India) and our website, we have received over 100 enquiries asking for deliveries of the motorcycles. Hence we have already started accepting bookings of these bikes as our network is already on its way. We would like to deliver the motorcycles in a grand manner with our showroom launches.”

The MV Agusta Brutale 1090 will be available in India with a choice of two colours, matte black and matte white. Watch this space for the road test.

Animation is the process of creating the impression of movement and shape change by means of the swift display of a series of static images that minimally vary from each other. There are 2 types of animation – 2D animation & 3D animation.

In 2D animation we create movements using characters & backgrounds in a two-dimensional artistic space, whereas in 3D animation the creation of moving pictures is in a three-dimensional digital environment, which is done by sequencing successive images, or “frames”, that simulate movement by each image showing the next in a balanced progression of steps, filmed by a virtual “camera” and then output to video by a rendering engine.

The animation industry in India has been growing at a breakneck speed every year, with many animation studios & production houses packed with jobs, be it outsourced from international studios or in-house projects for Indian market.

The demand for animation professionals is huge today as Animation films, TV commercials, Computer games & Elearning industry are all in the booming phase in India.